2018 NATO Summit: Finally a focus on the Black Sea?

The 2016 NATO summit in Warsaw remained Baltic-centric, highly concentrated on the Nordic part of the Eastern Flank. This created an imbalance that left unaddressed might risk transforming the Black Sea into the center of gravity of Russian revisionism, in the “soft belly” of the NATO.

Though in the aftermath of the Crimea annexation the Alliance promised to increase readiness in Europe and consolidate defense on the Eastern flank, the 2016 Warsaw focused only on the Baltic Sea. The differentiation between the Northern and the Southern part of the Eastern flank was conceptualised as “enhanced” versus “tailored” forward presence and translated into four battalions of Western combat troops on the ground and the continuous rotational presence in the North, while only training and staff units, no Western framework nations and intermittent rotational presence in the South.

The imbalance between enhanced and tailored forward presence on the Eastern flank was striking, also because post-Cold War conflicts in Eastern Europe took place in the Black, and not the Baltic Sea. And though the lack of solidarity and consensus on the Russian threat is to blame for the Alliance’s vague presence in the Black Sea, so is Romania, the top dog of security and stabilization in the region. In 2016, Bucharest fully backed the Baltic agenda in the hope that the Black Sea’s turn will come soon after, lacked the public diplomacy instruments to push its strategic vision within NATO and arrived in Warsaw with no public agenda, declaring that it managed to fulfill it with a multinational Black Sea brigade to which the other nations’ contributions remained unclear and a massively failed proposal to launch a Black Sea under NATO flag (which the Alliance turned down) and then under regional flag – which Bulgaria turned down, President Borissov explaining Bulgaria wants “peace and love” in the Black Sea and putting Romanian President Iohannis on the spot.

Over the last two years, Bucharest has waited patiently for NATO to beef up Black Sea defense and come up with a counter-Anti Access Area Denial plan to the increasingly offensive capabilities Russia is storing in Crimea. In the meantime, Romanian decision-makers signed a cross-party agreement to raise the defense budget to 2% over the next decade and to heavily invest in territorial defense capabilities to be able to face Black Sea security challenges. At the regional level, much-needed shared investment in defense capabilities could not have been obtained because of politics. Bulgaria, lagging in defense modernization, is playing it safe and refusing to prioritize defense so not to anger Moscow (on who it is energetically dependent). Turkey has a track record of ambiguous and unpredictable behavior in relationship with its Allies, as well as with Russia.

Unable to reach a regional security consensus, the Black Sea region is in need of more NATO capabilities and allied presence to counter the Anti-Access/Area Denial (A2/AD) capabilities deployed in Crimea. But Allied presence in the Black Sea remains scarce: since the annexation, Canada, the UK and Italy have agreed to assist Romania and Bulgaria in the NATO framework with air policing, military exercises have increased in size and occurrence, and a Black Sea center command has been created. Romania has since also managed to scrap together a multinational brigade under its command to which ten member states are contributing. Nevertheless, these remain less-than-symbolic measures in light of the growing hybrid challenges the Alliance is facing in the region. The only constant and determined presence remains the U.S. missile defense base at Deveselu, MK air base and since this month the continuous presence of two naval ships in the Black Sea.

Today, the political situation within the Alliance is a little less dark than two years ago. There is a lack of consensus among Central and Western European members as to how to address the Russian threat. Moreover, many members are questioning the threat perception itself and regularly threatening to veto EU sanctions against Russia. The Transatlantic disputes have added to the political lack of support for Black Sea security. While Trump has so far not only maintained military support for the Eastern flank but even increased it, he has an unpredictable policy and is ill-regarded among Western European powers. For the flank members, the fact that he is planning a summit with Vladimir Putin is also not helping. Neither is for Allied solidarity maintained when Donald Trump believes that “NATO is just as bad as NAFTA.” Nevertheless, if removing politics and foreign policy style out of the equation and looking at actions only, the U.S. remains the only reliable and committed contributor to Black Sea security, while the Western European powers remain absent and Black Sea members, at times, questioning the Russian threat perception.

The big take away from a series of events (Atlantic-Black Sea Security Forum – Bracing for the Storm – Is United Western Action Possible?, the B9 summit) that paved the way to the NATO summit in Brussels was the consistent and persistent message articulated by Romania for fixing the imbalance internalized by the Eastern Flank. This narrative elemental to all of President Klaus Iohannis’ major foreign policy remarks that made in the recent months. He repeatedly calls for a coherent, integrated, synchronized approach for the whole Eastern Flank. The underlying message is that of increasing NATO’s incremental presence at the Black Sea shore and upgrading the tailored forward presence to the level of an enhanced forward presence. He made this point in Warsaw at the B9 summit (a format whose strategic rationale is that of homogenizing security optics and agendas especially before major summits) together with his Polish counterpart: “we need a better defended Eastern Flank, including through a unitary forward presence based on an integrated approach from the North to the South, from the Baltic Sea to the Black Sea”. What is less clear is what are the tangible political deliverables that Bucharest expects to achieve at the Brussels summit. The danger of a very general framing is that anything beyond the status-quo can be considered a big win. But is it? Will an additional command and control layer signal a significant transformation? At Warsaw, the tailored forward presence was advertised as a big win only to realize its profound limitations.

In the end, the Black Sea ecosystem has become after Crimean annexation the operational center of gravity of Russian activities, as well as the epicenter for projecting its power and presence into the Eastern Mediterranean. NATO awareness about the potential impact of the Russian military build-up in the region is becoming palpable. The Alliance remains highly concerned about what can be called a “Kaliningrad of the South”, the multi-layered access-denial complex that Russia built in Crimea over the past few years that has the potential to deny “access in the region and freedom of movement” (in the words of James Appathurai, the Deputy Assistant Secretary-General for Political Affairs and Security Policy) and challenge the whole way of reassuring and defending the frontline allies. This is the very environment that pushes Romania to advocate for more regional NATO infrastructure and presence. Left unaddressed this unbalanced security equation risks transforming the Black Sea in the “soft belly” of the NATO, as general Nicolae Ciuca, the Chief of the General Staff of the Romanian Military, recently said.

In the meantime, the instinct when a country confronts a maturing A2/AD bubble in its proximity is that of investing in its A2/AD capabilities to counter such moves. For example, the whole Concept of Defence of the Republic of Poland is built around an A2/AD centric posture with the purpose of transforming the Polish territory into “a sanctuary for the allied freedom of movement.” Romania aims for something very similar with the emphasis on developing a gradual “porcupine” deterrence posture[1]. This is the logic that drives the Romanian military acquisitions (including the incremental steps taken to develop an IAMD, acquire Patriot batteries and HIMARS rocket launchers, investing in coastal defense or contemplating buying submarines) over the next decade, but the whole effort is just at the beginning.

From an observer’s perspective, the forthcoming NATO summit will be about increasing the Alliance’s readiness and speed, about finding ways to improve mobility and the rapid movement of troops. In short, it will be about the NATO ability to reinforce the allies in need.

One of the main priorities that will be announced at the Brussels summit is the emphasis on the ability to reinforce that goes beyond the steps taken at Wales and Warsaw, beyond the VJTF and the broader NRF. At the core of the American proposal – the so-called 4 X 30 – is the idea of developing by the end of the decade a strategic reserve of forces with an increased readiness level – 30 battalions, 30 air squadrons, 30 warships able to deploy in 30 days. From a broader perspective, this should be Europe’s moment of truth. It will be an opportunity not only to assume the lion’s share, but to correct some of the spending gaps between the U.S. and rest of the Allies, to improve the collective responsiveness of NATO, as well as to fix some of the “abysmal” readiness and deployment crises of major countries (such as that of Germany). Such an outcome may be used to accommodate and tame some of the Donald Trump’s disruptive instincts.

Another major project that could leverage the EU-NATO collaboration is that of taking significant steps of creating what it has been called a “Schengen military space” – homogenizing the border customs, regulations and the legal processes to move troops easier during peacetime. The main purpose is about maximizing NATO’s operational freedom of movement across the Alliance territory. Speed used to be a luxury that NATO didn’t enjoy. At least not at the level that Russia has demonstrated again and again during its Zapad exercises. For the former commander of the U.S. Army Europe, General Ben Hodges an effective deterrence posture is also about the “speed of assembly to preempt” a fait accompli.

Overall, while the emphasis on reinforcement with the right readiness and mobility levels is long overdue, it is also astonishing for an Alliance whose rhetoric in the post-Crimean environment praised its rapid reaction response. At the same time, it seems there is not enough public discussion on the ways to reassure and defend in an age when the traditional recipes of providing security (based on a power projection model from the depth of the Alliance) are highly contested by the investments in the A2/Ad denial capabilities.

Beyond reinforcement, NATO needs to think regarding an enhanced Area-Access Strategy for the entire Eastern Flank[2] (based on the fact that all the Eastern allies face the same operational problem an A2/AD Wall starting in Kaliningrad via Crimea and ending in Tartus). Having such a whole-of-flank unified concept/mindset will make it easier to plug in and connect all the myriad complementary issues, but serving the purpose of providing a strategic overarching framework: reinforcement, readiness, the issue of freedom of movement – mobility – North-South effective interconnections, the local porcupine postures (designed to create access-denial spots on the Eastern Flank – Poland and Romania are both going in these directions) but also the capabilities necessary to counterbalance, disrupt and operate inside an opponent’s A2/AD bubble. The last item remains the most sensitive, one that will not be resolved very soon. It requires the will to acquire expensive high-end weapons systems and capabilities, to invest in new competitive advantages and develop a common doctrine.

Iulia Joja is a consultant in Euro-Atlantic security and defense. She holds an MA in International Conflict Studies from King’s College London, U.K.

Octavian Manea is a journalist specialized in Euro-Atlantic security issues. He holds an MA in international relations with a concentration in security studies from Syracuse University, U.S.

[1] Historically, the one who defined such a logic was the father of containment, George Kennan who in 1946 noted that “we must be like the porcupine who only gradually convinces the carnivorous beast of prey that he is not a fit object of attack.” 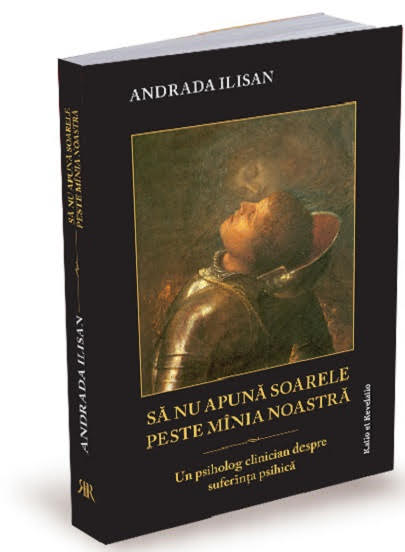 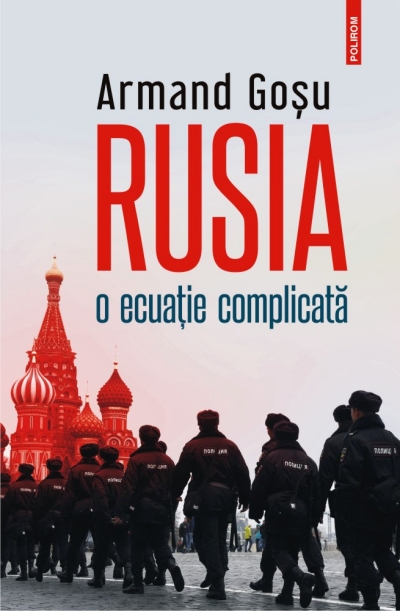