Re-discovering the values of Bretton Woods

Allied troops had only just stormed the Normandy beaches when delegates to the first United Nations monetary and economic conference gathered in July 1944 at the Mount Washington hotel in New Hampshire resort of Bretton Woods. A durable post-war system was uppermost in their minds and those of John Maynard Keynes and Harry Dexter White of the U.S. Treasury, but of course the institutions and arrangements they agreed on were rooted in the lessons of the Great Depression. The Bretton Woods architects knew they had to combine regulations that applied to the domestic affairs of the 44 participating countries with rules covering international relations. For the United States, which served as an example to be emulated, the logic of the Glass Steagall Act of 1933 which President Franklin D. Roosevelt’s New Dealers had used to separate investment from commercial banking and the management of aggregate demand applied to domestic finance, while pegged but adjustable exchange rates and capital controls were used as part of the post-war strategy for enhancing global economic recovery and trade. What economists call the “impossible trinity” of stable exchange rates, the free flow of capital and an independent monetary policy was taken care of through those arrangements. Once the “Nixon Shock” de-linked the dollar from gold in the early 1970s, a dynamic was set in motion that gathered tremendous speed via waves of financial deregulation. The “Big Bang” in the City of London in 1986, Glass Steagall’s repeal in 1999 and in 2000 the Commodity Futures Modernization Act in the U.S. all ushered in a new era of rapid growth of finance in the industrialised world, and fuelled the EU’s deeper financial integration. But the darker sides of the new financial system were poorly understood, and were largely dismissed because of a growing belief in market self-regulation and the virtues of derivatives. The result is that we have gradually got into another huge financial and economic mess akin to that of the Great Depression, and which risks harming the fabric of society and even of democratic politics. To that, of course, we must add the eurozone crisis.

For economies to begin growing again in a sustainable way that creates jobs, a sound financial system is essential. The true extent of the Libor scandal and the information now becoming available on the rigging of commodity and currency markets shines a harsh light on wrongdoing in a financial services industry which, ironically, shares many of the features of public utilities.

The reports by task forces led by Jacques de Larosière and Erkki Liikanen, which were carried out at the behest of the European Commission, those by Sir John Vickers and Andrew Tyrie in the UK, in the U.S. the Dodd-Franck legislation and Paul Volcker’s proposals all indicate a path of reform. And measures have been enacted to bolster capital and liquidity requirements, reduce leverage, cap bonuses, enhance transparency and discourage excessive risk-taking. But more has arguably to be done. Dealing with the “too big to fail” syndrome may require the application of anti-trust legislation, and some sort of Glass-Steagall legislation should be restored. Ring-fencing retail activities from banks’ trading operations aren’t enough to protect tax-payers. More should be done to reduce their casino-like activities and to regulate the shadow-banking sector.  Enforcing ethical standards and tackling the threats posed by algorithm-based electronic trading would help in this respect. Basel III may have already been overtaken by developments in the financial services industry, so banks should hold more equity and rely less on debt.

“Bailing-in” creditors and shareholders is being actively pursued in the EU because of the great burden that rescuing financial entities has put on public budgets. But banks should themselves be embedded in this process, not least because of the enormous pay gap between the financial industry and other sectors of the economy.

The robustness and resilience of financial systems has been much diminished by their inter-connectedness and by the spreading use of derivatives. Widespread securitisation means that banks have relinquished a good deal of their responsibility for exercising due diligence when lending. To reduce the banking system’s fragility and make it more robust, it needs to be “modularised”, as the Bank of England’s Andrew Haldane has put it. There are ways to achieve that by promoting simpler methods of bank financing, downsizing large groups, and separating their activities. That also means prohibiting the use of certain financial products, regulating the shadow banking sector, including hedge funds and private equity funds, forcing transactions on open venues and mandating reporting and transparency standards. It should go without saying that frauds and market rigging must be punished severely.

The logic and spirit of Bretton Woods offers a useful lens for scrutinising the eurozone crisis and figuring out remedies. First, there is the issue of policy space and of adjusting imbalances in a single currency area. Second, there’s the issue of whether the current policy co-ordination and policy arrangements are appropriate for a single currency area. Economists often extol the virtues of fiscal space, with governments prodded to build it up through buffers and counter-cyclical policies. But there is the other, broader and no less important concept of policy space. For economies to adjust smoothly to shocks, they need to rely on highly flexible markets and be able to resort to an array of adjustment tools. In a single currency area, where there are no longer monetary policy and exchange rate policy instruments, the tasks for policymakers can easily become a “mission impossible”. The fathers of the eurozone were conscious that the design was inadequate, but they bet on the questionable assumption that convergence would eventually take place.

The way it functions now, the eurozone as a single currency area is more constraining than was the gold standard regime of the last century. Automatic stabilisers did not then exist, but in any case they cannot compensate for policy arrangements that were oblivious to external imbalances and the need for a fair sharing out of adjustment burdens. To believe that the way out of large external disequilibria is only through an internal devaluation is unrealistic. And to disregard high unemployment in several countries and the social tensions that it generates risks repeating historical mistakes that had such very serious political consequences.

Europe’s banking union project may yet provide a solution that will enhance the eurozone’s cohesiveness. But there are important technicalities of a mainly fiscal nature, along with sequencing problems that need clarification. And other policy arrangements are needed which go beyond operating a banking union if the eurozone is to function properly.

The bottom line here is that fiscal rectitude is not enough on its own to rescue the eurozone. The need is for elements of fiscal integration and for tools to deal with asymmetric shocks like unemployment insurance as well as more effective means for fostering economic convergence. In short, the eurozone needs its own Bretton Woods.

The financial and economic crisis is reinforcing the worrying tendency in both Europe and the U.S. that is the erosion of the middle classes. Weakened economies and the effect on middle class people affects the functioning of checks and balances, the social glue and the social capital which underpin the democratic order. The rise in xenophobia and chauvinism, and the polarisation that results from political extremism are harbingers of worse to come. Europe needs to formulate policies to counteract them.

The taming of financial markets is therefore a must if deep future crises are to be avoided, or at any rate better dealt with. The way financial markets have functioned in recent decades is not a God-given right. Public policy can and should change it, just as it did after the Great Depression and after World War II. Reforming the financial industry is badly needed to bring back the sense of fairness in society that which is so critical to the functioning of any democracy.

Europe’s need is therefore to rediscover the Bretton Woods’ logic and spirit to help tackle the three formidable crises which are now blending together: the profound and generalised financial crisis, that of the eurozone and the future of the international order in light of the shifts in power of the world economy.

The future international economic system will in all likelihood be carved out amongst three major currency blocs, with the U.S., the EU and China providing the lynchpins. A reshaped international regime should involve rules for the realignment of major currencies and measures to mitigate the destabilising effects of capital flows, along with rules for preserving an open trade regime. But the needs of the poorest countries must also be considered at a time when ecological degradation and food safety problems are a rising global concern. The functioning of the international financial institutions should keep in mind shifting power in the world and the lessons of economic modernisation. A new international regime would have to combat tax evasion and avoidance, not least because of the heavy burden that bank rescue operations have put on public budgets and therefore on tax payers. Establishing norms to combat tax havens makes a lot of sense economically, socially and ethically.

Turning to finance, the restoration of some sort of Glass-Steagall law to prevent banks from gambling with depositors’ funds makes sense, along with measures to deal with the too big to fail syndrome and limit over-risky trading. The EU and the U.S. should promote uniform norms in the regulation and supervision of finance. And they should also take a lead in reinventing the logic and spirit of Bretton Woods. Taming finance is key to regaining economic stability and preserving our democratic order. 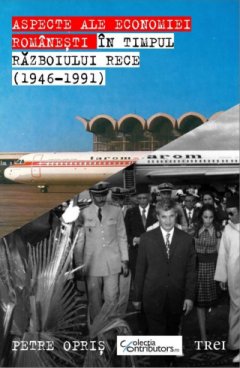 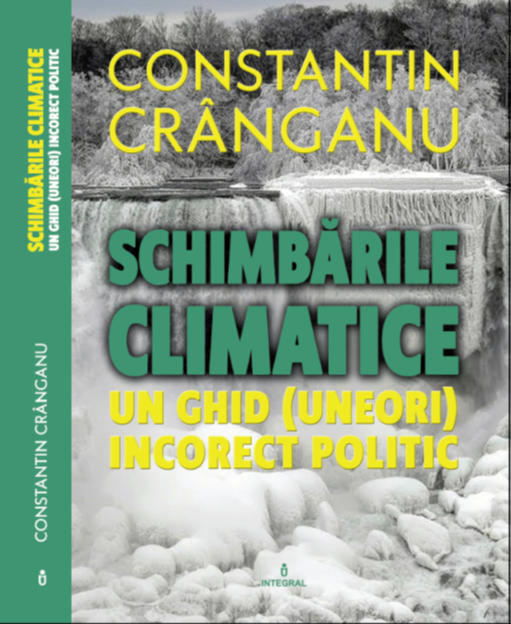